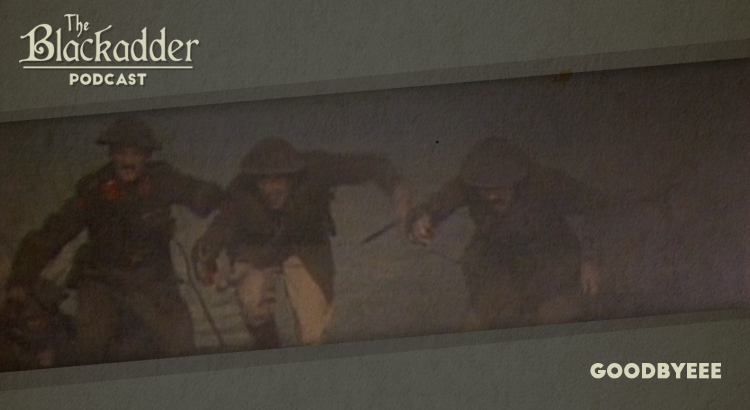 Goodbyeee was the final episode of Blackadder Goes Forth and features one last desperate attempt by Edmund to avoid going over the top. In this podcast Gerry and Iain consider the values of comradeship, sacrifice and recognition of the realities of war.

This episode featured a brief cameo from Geoffrey Palmer as Field Marshal Haig, but otherwise focused on the principal cast in their characters’ (presumably) final moments.

Goodbyeee was released in 1989. It is 30 minutes long and originally aired on the BBC. Blackadder Goes Forth is presently available on Netflix and a remastered set of the whole series is available on DVD around the world (Region 1) (Region 2).