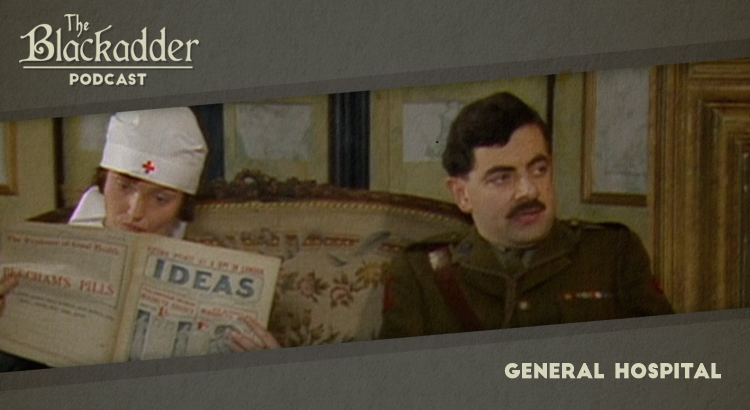 General Hospital was the fifth episode of Blackadder Goes Forth and features a budding relationship between Blackadder and a nurse at the local hospital. In this podcast Gerry and Iain consider ways to spot a spy and – perhaps more importantly – ways not to.

This episode featured a crowd-pleasing return for a Blackadder legend as Miranda Richardson showed up and stole the show as Nurse Mary, the object of poor George’s infatuation and a satisfying foil for Edmund. Bill Wallis also appeared as a secret agent who had spent a little longer under cover than might have been good for him.

General Hospital was released in 1989. It is 30 minutes long and originally aired on the BBC. Blackadder Goes Forth is presently available on Netflix and a remastered set of the whole series is available on DVD around the world (Region 1) (Region 2).