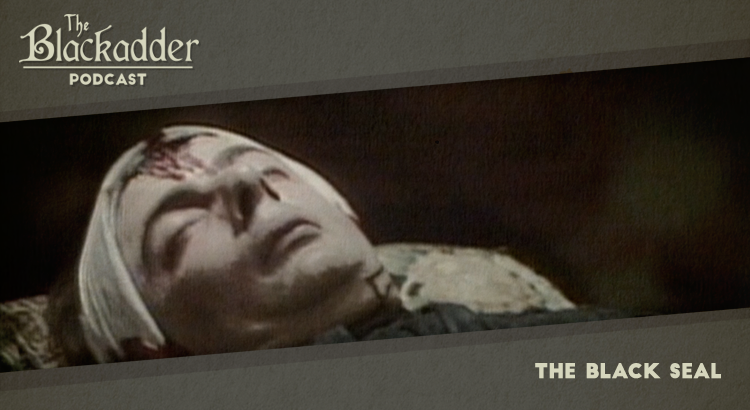 The Black Seal was the final episode of The Black Adder and saw Prince Edmund take the destiny of the crown into his own hands. In this podcast Gerry and Iain consider team-building strategies and robust recruitment policies.

There were a number of prominent guest performances in this episode. Edmund’s troupe of rogues included John Hallam as Sir Wilfred Death, Roger Sloman as Three-fingered Pete, Paul Brooke as Friar Bellows, Patrick Malahide as Guy of Glastonbury, Ron Cook as Sean, the Irish Bastard and Mick Walter as Jack Large. Rik Mayall appeared relatively briefly as Mad Gerald, while John Barrard and Patrick Allen each played an element of The Hawk, first in disguise and later revealed.

The Black Seal was released in 1983. It is 30 minutes long and originally aired on the BBC. The Black Adder is presently available on Netflix and a remastered set of the whole series is available on DVD around the world (Region 1) (Region 2).