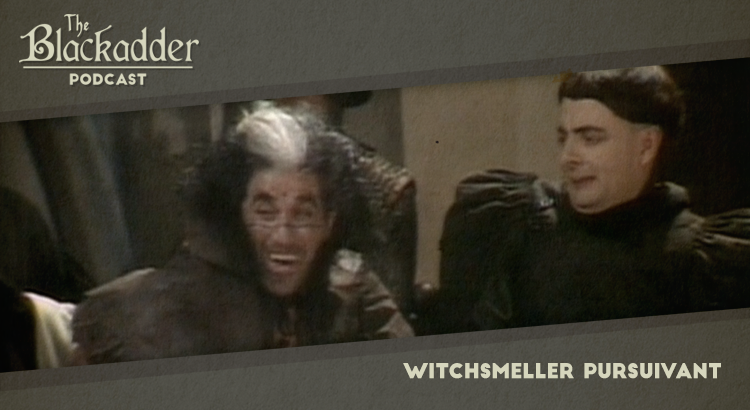 Witchsmeller Pursuivant was the penultimate episode of The Black Adder and featured one of the first televised criminal trials to include evidence from an equine witness. In this podcast Gerry and Iain consider the greatest challenges to face this nation since the Swiss Invasion.

This episode was ultimately a showcase for the comic talents of Academy Award nominee Frank Finlay. There were a number of minor supporting roles, including Lords of the realm (with Valentine Dyall and Corporal Punishment‘s Stephen Frost amongst their number) and some villagers (including Roy Evans, Forbes Collins and Perry Benson).

Witchsmeller Pursuivant was released in 1983. It is 30 minutes long and originally aired on the BBC. The Black Adder is presently available on Netflix and a remastered set of the whole series is available on DVD around the world (Region 1) (Region 2).