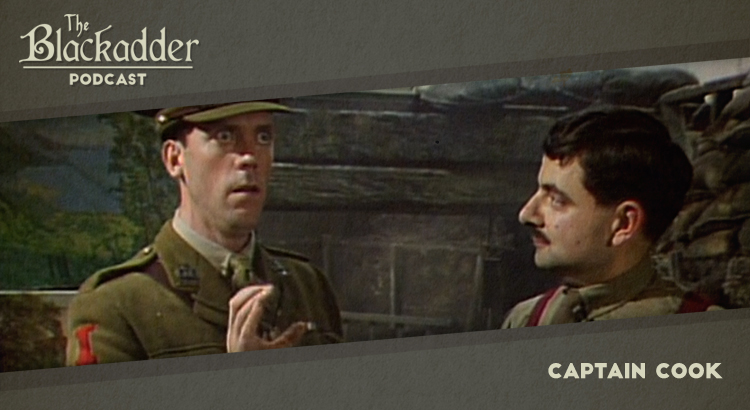 Captain Cook was the first episode of Blackadder Goes Forth and features an artistic plan designed to allow Blackadder to leave the trenches of World War I’s Western Front. In this podcast Gerry and Iain consider opportunism, art and fine dining.

Captain Cook was released in 1989. It is 30 minutes long and originally aired on the BBC. Blackadder Goes Forth is presently available on Netflix and a remastered set of the whole series is available on DVD around the world (Region 1) (Region 2).