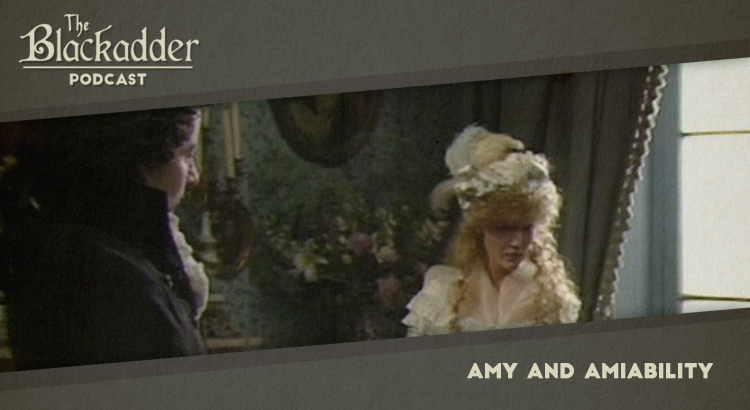 Amy and Amiability was the fifth episode of Blackadder the Third and features a prospect of romance for the lovelorn Prince Regent. In this podcast Gerry and Iain consider the pitfalls of falling in love with a highwayman.

In the penultimate episode of Blackadder the Third there were again two principal guests – the effervescent Miranda Richardson as Amy Hardwood and Warren Clarke as her father. Roger Avon and Barbara Horne appeared briefly as the Duke of Cheapside and his amorous daughter.

Blackadder the Third was written by the said Ben Elton and by Richard Curtis and all six episodes were directed by the returning Mandie Fletcher. Once again, John Lloyd produced the series and Howard Goodall was responsible for the music.

Amy and Amiability was released in 1987. It is 30 minutes long and originally aired on the BBC. Blackadder the Third is sadly not available on Netflix, but a remastered set of the whole series is available on DVD around the world (Region 1) (Region 2).

5 thoughts to “Amy and Amiability – Episode 11”