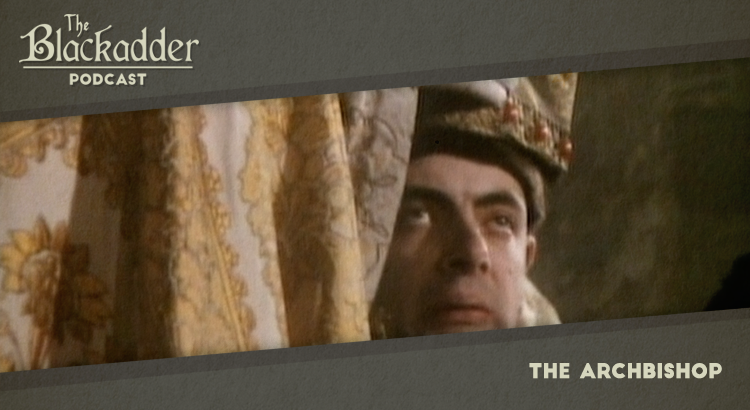 The Archbishop was the third episode of The Black Adder and featured a cunning attempt by King Richard to cut short the dispute between church and state over bequests from the wealthy. In this podcast Gerry and Iain consider secret escapes and the ethics of selling authentic relics online.

This episode featured a larger cast than the previous show, including Arthur Hewlett as an Archbishop of Canterbury and also his twin; Joyce Grant and Carolyn Colquhoun as the Mother Superior and Sister Sara; and Bill Wallis and David Delve as Sir Justin de Boinod and Sir George de Boeuf respectively.

The Archbishop was released in 1983. It is 35 minutes long and originally aired on the BBC. The Black Adder is presently available on Netflix and a remastered set of the whole series is available on DVD around the world (Region 1) (Region 2).