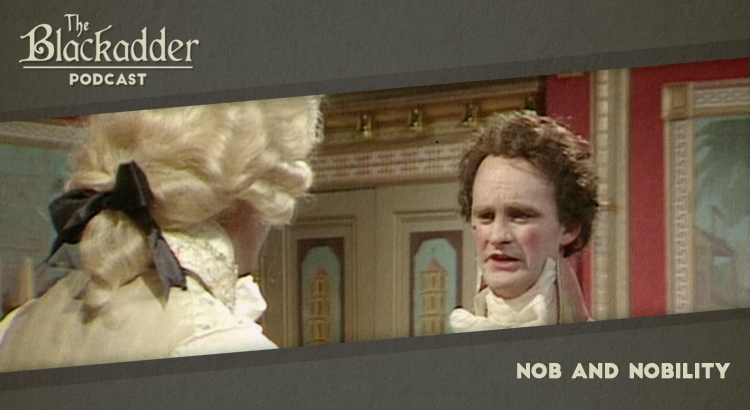 Nob and Nobility was the third episode of Blackadder the Third and features a daring escapade to revolutionary France. In this podcast Gerry and Iain consider the nature of heroism and a certain je ne sais quoi.

In the third episode of Blackadder the Third there were, appropriately, three guest stars, all of whom will be familiar to British comedy audiences. Tim McInerney, Blackadder II’s Lord Percy Percy, returned to the show as Lord Topper and his alter ego, Le Comte de Frou Frou. Nigel Planer shone as his cohort Lord Smedley (also, a famed and feared French tortuerer, Mme Guillotine) and Red Dwarf / The Brittas Empire legend Chris Barrie completed the trio as a French revolutionary who is able to capture Blackadder and Baldrick.

Nob and Nobility was released in 1987. It is 30 minutes long and originally aired on the BBC. Blackadder the Third is sadly not available on Netflix, but a remastered set of the whole series is available on DVD around the world (Region 1) (Region 2).