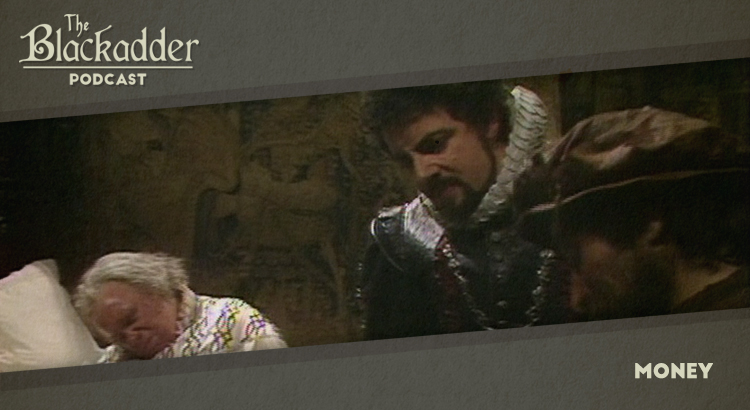 Money was the fourth episode of Blackadder II and features Edmund’s increasingly desperate endeavours to raise enough cash to settle a debt owed to the Bank of the Black Monks.  In this podcast Gerry and Iain take a look at a delicious piece of blackmail.

Money was released in 1986. It is 29 minutes long and originally aired on the BBC. Blackadder II can be viewed on Netflix in the UK and Ireland and a remastered set of the whole series is available on DVD around the world (Region 1) (Region 2).