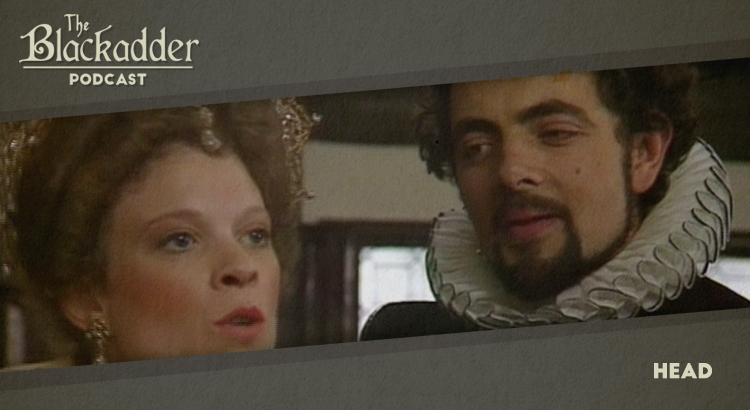 Head was the second episode of Blackadder II and features a new course of employment for Lord Blackadder and a couple of cracking impersonations.  In this podcast Gerry and Iain take a look at life working on death row in Elizabethan London.

Alongside the six series regulars this episode featured key contributions from Bill Wallis as Gaoler Ploppy, Linda Polan as the unrelated Mrs Ploppy – death row’s cook, responsible for preparing the last meal for the condemned, Holly De Jong as Lady Farrow who successfully persuades the Queen to allow her to meet with her (unfortunately recently executed) husband and Patrick Duncan as Lord Farrow’s brother, who petitions for the commutation of his sibling’s sentence.

Head was released in 1986. It is 26 minutes long and originally aired on the BBC. Blackadder II can be viewed on Netflix in the UK and Ireland and a remastered set of the whole series is available on DVD around the world (Region 1) (Region 2).