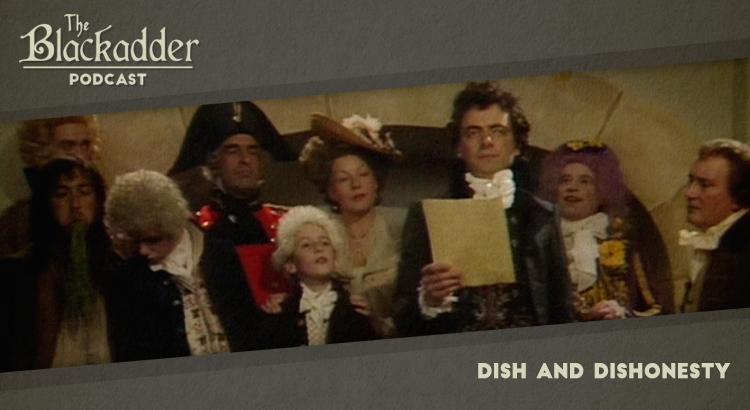 Dish and Dishonesty was the first episode of Blackadder the Third and features political shenanigans of the highest order. In this podcast Gerry and Iain consider a rotten borough and the ennoblement of a most unlikely Lord.

Dish and Dishonesty was released in 1987. It is 29 minutes long and originally aired on the BBC. Blackadder the Third is sadly not available on Netflix, but a remastered set of the whole series is available on DVD around the world (Region 1) (Region 2).